I was one kid short at church today.

I was the only female in the pew.

And then it sunk in. This is us. An all-male-except-for-me household. Five kids, not six. And every two years or so another one will be amputated. Strange days indeed.

My parents and brother found us, but my in-laws were swallowed up in the mob. 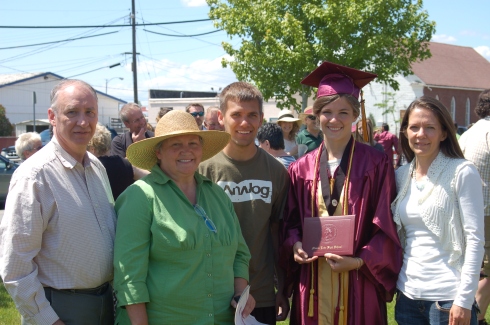 That’s my youngest brother, in the middle, there. Her friends thought he was cute. New definition of “uncle” in their minds. (And yes, girls, he is spoken for.) He was even cuter, a couple decades or so ago:

This entry was posted on Sunday, June 3rd, 2012 at 7:06 pm and posted in Uncategorized. You can follow any responses to this entry through the RSS 2.0 feed.
« Proud Parents
Laundry Mountain Part II »

One response to “Outnumbered”